Plaintiff: The car wreck was her fault. 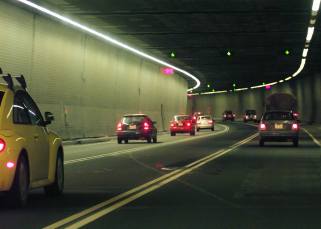 A tailgating driver rear-ended me, and I’ve had to undergo back surgery as a result of the collision. How can I ensure that I obtain what’s needed to cover my medical expenses and lost wages?

To prove that the tailgating driver is financially responsible for your injuries, you will need to show that her actions were negligent (i.e., careless) by meeting all of the elements of a negligence suit.

Requirements of a negligence suit

Maryland requires the plaintiff to show four things when suing for negligence. Those four elements are duty, breach, causation, and injury.[1]

To hold someone liable for negligence, one will have to show that the other person had a responsibility (i.e., a duty) to obey a certain standard of care in order to protect people like you – the injured driver – from harm.[2] The phrase, “standard of care,” may be confusing but think of it this way: you will need to show that the other driver had a responsibility to behave in a way that would have ordinarily prevented the harm you suffered.

Here, the injured driver believes that the lady who hit him from behind was trailing him too close, and thus caused the wreck. In Maryland, it is illegal to trail a person “too close.”[3] The Maryland transportation statute provides that “[t]he driver of a motor vehicle may not follow another vehicle more closely than is reasonable and prudent, having due regard for the speed of the other vehicle and of the traffic on and the condition of the highway.”[4]

Thus, the trailing driver – the defendant – had a duty that was defined by a state statute. When a duty is required by a statute, violation of the statute can be used as evidence of negligence.[5] One way to prevail requires that you – the plaintiff – show that the defendant:

Note: Proximate cause will be discussed under item “c” below.

Although there is a statute, is it not always clear as to whether there was a breach of the statutory duty to trail at a reasonable distance. Maryland’s highest court has held that whether a person was trailing at a safe distance depends on the facts and circumstances of each case.[7] When there is a possibility that reasonable people might differ on the issue of whether a driver was trailing at a reasonable distance, the question becomes one that a jury will have to decide.[8]

So, to prove that there was a breach, the plaintiff will need to produce evidence that the trailing driver was traveling too close. For example, if you – the plaintiff – looked in your rearview mirror prior to the wreck and saw that the trailing driver was five feet away from your car as you were driving 70 mph down the highway, your “testimony” can be used as evidence. Yes, testimony is evidence. Likewise, if you recall that the collision occurred less than two seconds after you stepped on your brake – having slowed down from 70 mph to 60 mph – this could also be used to calculate the approximate distance the other driver was trailing, and offered as evidence.

In addition, evidence can include a host of other material. Testimony of other witnesses, expert testimony, pictures of the accident, statements made by the defendant, and even the driving history of the defendant could possibly be admissible as evidence that the defendant more than likely breached her duty to travel at a safe distance.

This part is pretty straight forward. The plaintiff will need to provide evidence that he’s suffered some type of injury. For example, the medical bills the plaintiff incurred could be used to satisfy this requirement.

To be the proximate cause,(1) the defendant’s actions must have been the “cause in fact” of the plaintiff’s harm, AND (2) the “legally cognizable cause” of the harm suffered.[9]

Causation-in-fact concerns whether the defendant actually caused the harm.[10] Maryland courts use two tests to determine whether a defendant’s actions were the cause in fact of a plaintiff’s injury: the “but for” test and the “substantial factor” test.

The but for test is used when a single act of negligence allegedly caused the plaintiff’s harm. Under the but for test, “-fact is found when the injury would not have occurred absent or ‘but for’ the defendant’s negligent act.”[11] For example, suppose a defendant negligently runs a red light and collides with a driver (“Good Driver”) who was lawfully crossing the intersection. It could be said that the collision with Good Driver would not have occurred but for the defendant running the red light.

The substantial factor test is used when two or more independent acts of negligence supposedly caused the injury. Maryland courts provide that “causation-in-fact may be found if it is ‘more likely than not’ that the defendant’s conduct was a substantial factor in producing the plaintiff’s injuries.”[12]

In addition to being the cause in fact, courts require that the defendant’s negligent act be the legally cognizable cause. Taken at face value, the words “legally cognizable cause” make little sense. However, if you examine the court’s explanation of the phrase, you will find that it simply means that the harm caused must have been foreseeable.[13] Thus, if the harm caused by the negligent act was highly extraordinary, the court will not attribute liability to the defendant.

If you, the plaintiff who was rear-ended, can provide credible evidence – even if it is only testimonial evidence – that the trailing driver was following too close, you can use Maryland’s tailgating statute to show that there was a duty and that it was breached. The plaintiff will also need to provide evidence of his injuries, and show that the trailing driver’s negligence was the proximate cause of his injuries. To satisfy the proximate cause requirement, the plaintiff will need to show the following:

NOTE: There are two topics that where discussed here but will be discussed in future publications.

So, in next month’s publication, we will discuss the contributory negligence defense and how a plaintiff may be able to obtain justice by countering that defense.

[7] Sieland v. Gallo, 71 A.2d 45 (Md. 1950) (providing “[a]s to how closely one automobile should follow another depends upon the circumstances of each case, namely, the speed of such vehicles, the amount of traffic, and the condition of the highway”).